CEO, Trefor Murphy sat down with Shane McGinley from Thomson Reuters for an exclusive interview on the release of the H1 Salary Guide for the UAE 2017. The outcome of the interview was as follows:

Salary levels in the United Arab Emirates (UAE) are expected to increase by 2 to 3 percent in 2017, according to a report published this week by a Dubai-based specialist recruitment firm.

The boost to pay packets is compared to last year when salary increases were roughly flat, at an average of 0 to 1 percent for employees across the Emirates.

The forecast is based on an increasingly optimistic economic outlook for the year, with predictions that the UAE’s non-oil GDP is set to grow by 3.2 percent in 2017, according to Standard Chartered bank. The turnaround is expected to be mainly in the second half of this year, after a lacklustre first six months of the year, according to Trefor Murphy, CEO of Cooper Fitch.

“We have seen a flatter recruitment market in general across the UAE. We have seen less job creation coupled with a greater supply of candidates in the market. This dynamic always yields a softer salary market,” Murphy told Zawya in an interview this week.

However, he noted the company had seen “a significant post-Eid ramp which will allow us to forecast a busier second half to the year”.
Banking candidates can expect 3 to 4 percent salary increases in 2017 and job opportunities will steadily increase in the second half of 2017 as bigger banks lift recruitment freezes.

In the compliance industry, job opportunities will increase by 7 percent in the second half of the year, in comparison to the first half, as firms now opt to hire full-time compliance professionals over outsourced services, in order to combat the rising risk of money laundry in the region, the report said.

In Dubai, the launch of Blockchain Strategy by Sheikh Hamdan Bin Mohammad Bin Rashid Al Maktoum, Dubai Crown Prince, has been one of the most influential developments in 2017 and gave a boost to the digital sphere. Digital specialists will see higher demand in various niche areas, yet, their salary figures will remain unchanged over the rest of 2017.

Both the technology and finance sectors received a boost from the impending implementation of value-added tax (VAT) in the Gulf, with the creation of many new VAT roles in the region. All businesses now need VAT implementation specialists and many will need to update their software systems to comply with the new taxes.

“The VAT introduction will prominently mean bringing external international talent into the market. The demand across IT and VAT specialists are very significant as our client's race to get their VAT team set up for the 1st of January 2018,” Murphy said.

Finance jobs are expected to see a rise in the volume of jobs in the second half of the year, but the forecast compensation of mid to senior levels are expected to remain stable. A key development in the finance industry is the need to source new international talent with VAT related experience as the region lacks the knowledge and expertise in this field.

In the technology field, salaries are set to remain stable with the exception of cybersecurity professionals who are forecast to see 10 to 12 percent increase in salaries for the second half of 2017, especially following the “WannaCry” security breach that hit companies and governments worldwide. VAT technology specialists have also witnessed a sharp rise in job opportunities.

“The demand for VAT technology has increased dramatically. Cooper Fitch sees businesses need to update their current systems in order to become compliant with VAT-related requirements. Ultimately, this has furthered the demand for attracting international talent in the Middle East,” Murphy added.

The property and construction industry has seen a slight decline in hiring trends, especially in the construction sector. However, the volume of sales and commercial jobs in the field increased as companies shifted focus from operations to commercial teams.

“The property and construction jobs market have had a much tougher than expected in the first 6 months in 2017. We see these projects that were due to commence in Q1 of this year now finally kicking off,” Murphy noted.

As the region aims to increase the contribution of non-oil private sector GDP to the economy, the manufacturing industry has now witnessed large investments. The volume of manufacturing jobs is expected to rise in the UAE as Dubai Industrial City (DIC) targets $2 billion worth of investments over the next five years and with Abu Dhabi aiming to double its industrial base to 10 percent of GDP.

“The manufacturing sector has performed well this year, with this trend set to continue for the remainder of 2017,” Murphy said.

Cooper Fitch’s salary predictions for the second half of 2017 are based on their experts’ market observations as well as information provided by UAE-based organisations. 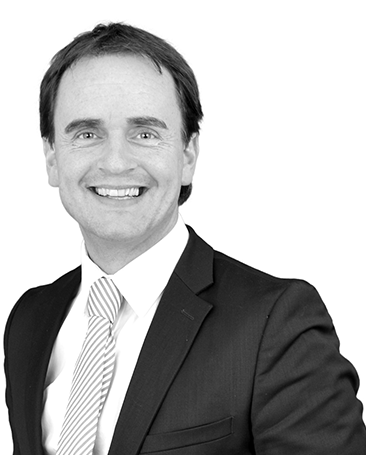