What's on at Cooper Fitch

It's that time of the month again.. Social Club time that is! This week we had a record number of attendees at our Social Club which made our monthly excursion just that much more enjoyable! 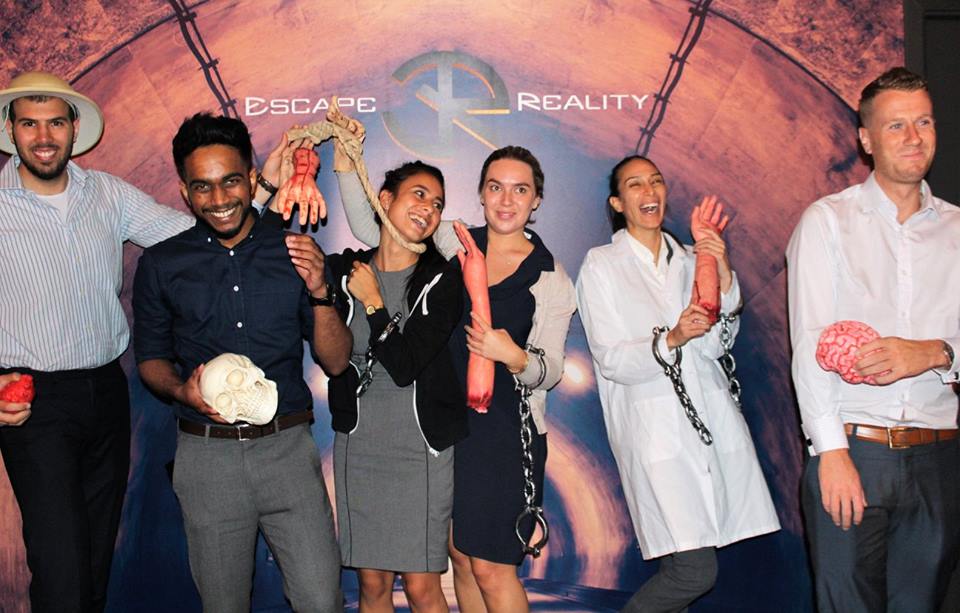 We had all come to the conclusion that reality can be tough enough for the most part and thought we'd solve this predicament by venturing to Escape Reality Dubai. Needless to say, that is exactly what we did. This gave everyone the perfect excuse to flaunt their inner child which is usually masked in the office...at least for the most part. We were split into two teams and sent into two different escape rooms. One room was inspired by the famous TV series Game of Thrones and the other was inspired by the terrifying movie Saw.  Being in two teams propelled the level of teamwork and competition into an all-time high. However, the team which attempted to tackle the Saw room must have been frozen from fear as they never managed to escape the first room. As expected, Escape Reality provided the perfect bonding opportunity for the Cooper Fitch family. It included an hour of strategizing, making calculated guesses and figuring out riddles all while being under tremendous time pressure and an eager desire to be the winning team. If we were to take the general consensus about the experience we'd most definitely be going back in the future.

Let us know what adventure you think we should embark on next.