Falling House Prices in Dubai: Should the Construction Industry beWorried? 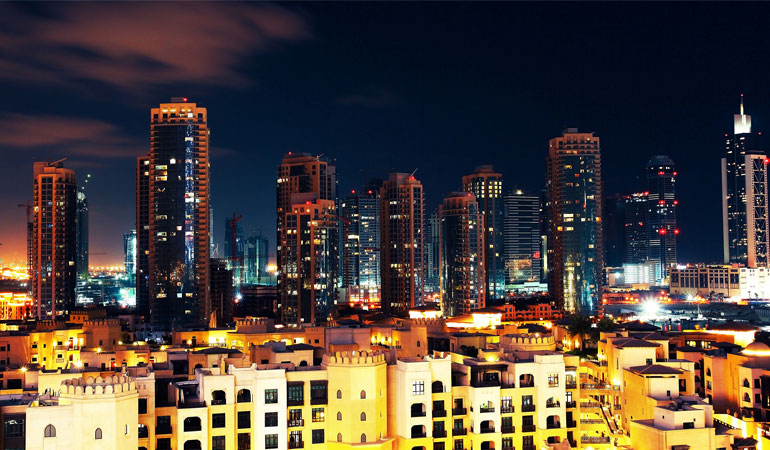 Real estate prices had been some of the fastest rising in the world before the 2008 collapse caused values to drop as much as 65% before rebounding with another spike in 2013 when prices jumped 35% according to a survey by Knight Frank.

So what does this mean for the construction industry?

Experts say Dubai's real estate developers and lenders are better prepared this time than when the 2008 crash came due to stricter lending conditions, a clampdown on speculators and greater dependence on rental income.

In early 2014 the U.A.E. Central Bank imposed restrictions to curb mortgage lending and Dubai’s government doubled the transaction tax in a bid to cool price increases that were pricing many out of the city.

Developers have also increased their reliance on leasing, and have less cash tied up in projects under construction than before.

Predictions say 65,000 housing units will be completed by the end of 2018, compared with 45,000 finished in 2008 alone. Some developers may also be delaying the delivery of new projects until the market improves.

The likes of Emaar and Meraas Holdings are working on huge projects such as the Dubai Creek Harbour project and the Dubai Hills development, however, Nakheel has not started any residential projects this year.

We asked in a recent blog whether Master Developers or Sub Developers were to blame for delays in the construction market. Dubai's master-developers are cracking down on sub-developers and investors that are holding onto their plots without launching projects according to Gulf news property. Sub-developers have no choice but to develop or in turn justify the delays, or they will be faced with stiff penalties.

Senior officials at Dubai Municipality, estimate that the number of people living in the emirate is expected to increase by about 1.2 million between now and 2020 when it will host the World Expo.  Whilst the outlook over the next 12 months looks somewhat mixed, the continuing surge in people arriving in Dubai seeking a better life will ensure that demand for housing will remain strong and the recent cooling off in the construction market appears to be from developers that have learnt some valuable lessons from the mistakes they made in the early to mid 2000s.